Architectural Masterpieces of London for Free

While there are many architecturally amazing cities in the world, very few integrate modern steel and glass with historic thatched roofs and black and white timbers as well as London does.

What other city has an enormous permanent Ferris wheel in the middle of town?

The best part of this edifice admirer’s dream city is, London is a walking city and most buildings and monuments are absolutely free to visit and/or tour.

A Diamond in the Rough

It is quite common for most foreigners who visit London to pay their respects to the Tower of London and Buckingham Palace with the other tourists, but there is so much more to see that you don’t often find in magazines and in the movies.

The Battersea Power Station has been an enduring landmark of the city for over 85 years. This coal-fired power station is the fourth largest brick building in the world and a favorite setting for light projection shows such as the one below, which celebrated mobile provider EE’s 4G coverage launch.

The first station initiated construction in 1929, and while it began generating electricity in 1933, it was not completed until 1935.  Coupled with the second station that came into operation between 1953 and 1955, the generated output was 509 watts and provided one fifth of London’s electricity needs.

In 1983, the station finally ceased producing power due to outdated equipment and rising maintenance costs.  Many efforts were put forth to save the building as a historical site. 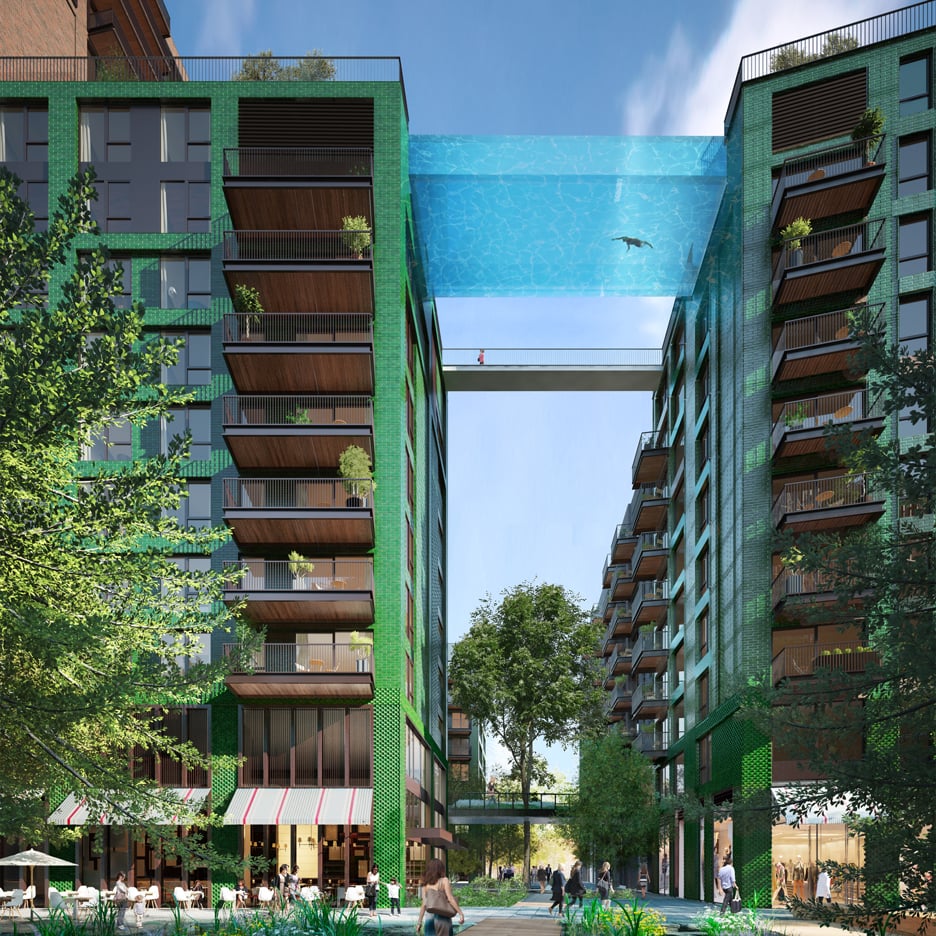 Most recently, a plan has been unveiled to turn the 6-acre power station into a 42-acre riverside development to include offices, flats and shops while maintaining the integral structure of the original power plant. Construction began in 2013.

While the interior of the building is currently off-limits, you can tour the exterior of the historical monument for free. Also make sure you look up local events, you wouldn’t want to miss a light projection show here!
Plans to reopen its doors to the public are currently scheduled for 2019.

The Show Must Go On

When one thinks of the theatre capitals of the world, London definitely comes to mind, alongside New York and Paris.

The most unique feature of London theatres, however, is the pride and care taken to restore them to their original beauty and design.

Shakespeare’s famous Globe Theatre was destroyed by fire in 1613, but in 1997 it was replicated almost identically just meters from the original site. It is currently the only thatched roof permitted in London, so of course some of the updates include a sprinkler system.

The London Hippodrome Theatre opened in 1900 and started its life as an arena for circus and variety acts; one of the originals being Charlie Chaplin in one of his first roles ever. It went on to host theatrical and musical events, including the premiere of Tchaikovsky’s Swan Lake and the Original Dixieland Jazz Band.

As it changed hands over the century, it has served as a theatre, a nightclub and most recently a casino. Once father and son James and Simon Thomas acquired the building in 2009, a massive restoration began.

After a reported 40 million GBP was spent to recreate the original masterful plasterwork of designer Frank Matcham, the Hippodrome Casino opened its doors July of 2013. It is now rated the number one casino in London by TripAdvisor reviewers.

Under the glamour of the newly restored arches and balconies, indirect golden lighting makes the casino both warm and welcoming and very enthralling for the professional and amateur gambler alike. Having received several awards, the casino offers games from blackjack to roulette and even Pai Gow and poker. It also houses the Poker Stars Live poker room, home to sought-after events such as the UK and Ireland Poker Tournament (UKIPT). Whether one wants to partake in the strategic game of poker or watch tournaments for free, the excitement is palpable.

The Gherkin, The Boomerang and The Walkie Talkie

Founded in 43 AD, London has been a foundation of progress for almost 2000 years.

While the city clings to its historical heritage, it is also a center for unique modern architecture. Two modern glass and steel buildings fall into the list of the 15 tallest buildings in London and while similar in their architectural oddities, they are uniquely different in their mission and function.

The 41-storey glassy and oddly conical structure was originally built to house the Swiss Re London headquarters. Its interesting elongated egg shape allows for a unique ventilation system.

The doors opened in 2004, providing more than 46,000 square meters of office space combined with a plethora of shops and cafes accessible to the public. The club-room at its top provides exclusive 360 degree views of the capital.

Set for completion in 2018 and encroaching its dominance on the stretch of the Thames south of Blackfriars Bridge, the “Boomerang” looks almost alien as it towers over historic Central London.

Theoretically, the design of the curved reflective glass should be less than blinding to the average passing car, but it is unlikely you will get a free tour of the flashy place. It is residential only and prices start at 1 million pounds (!). 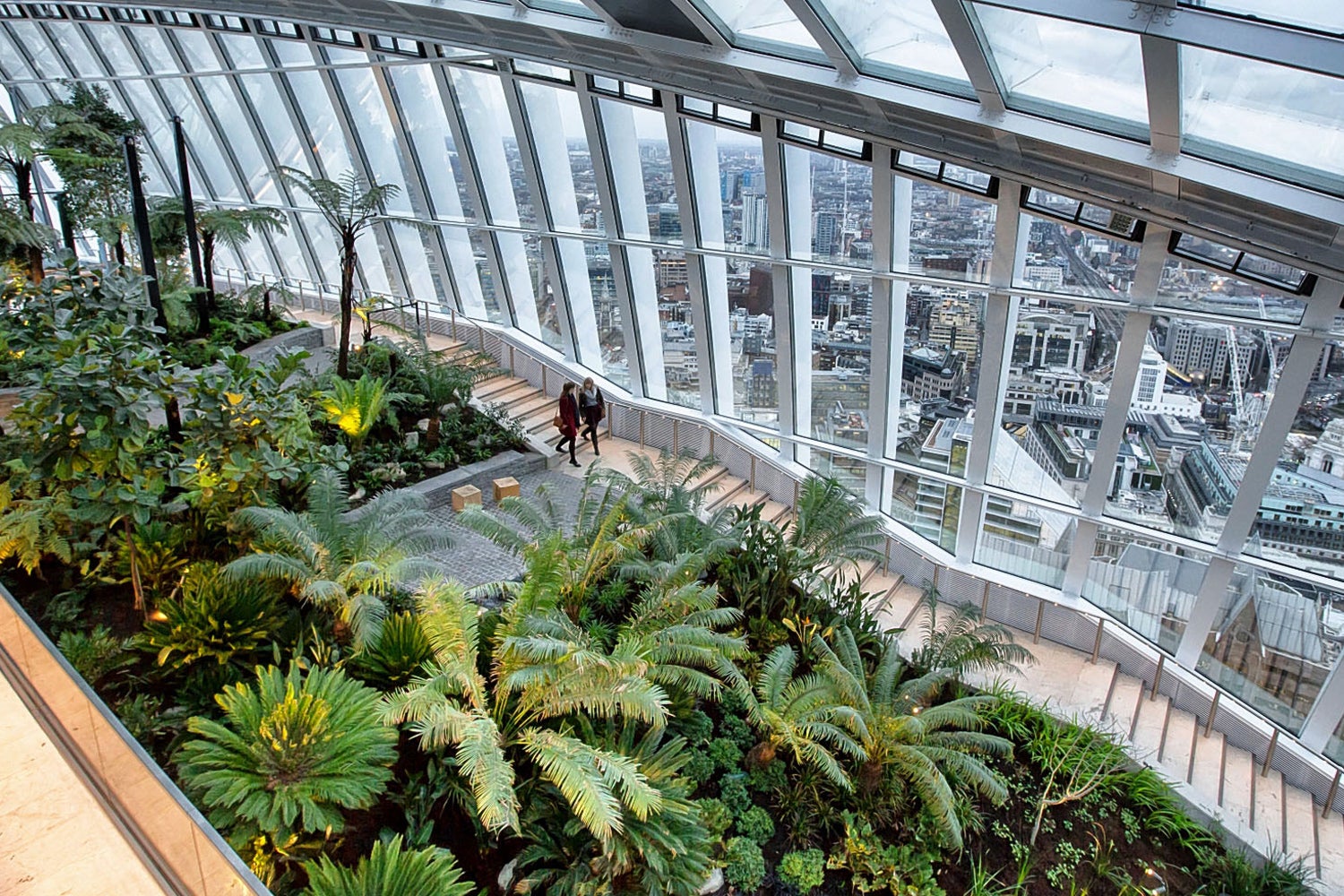 Dubbed by some as the worst architectural disaster London has ever witnessed, the “Walkie Talkie” makes up for what it may lack in sleek lines with an ecological wonderland.

The enlarged glass dome houses three stories of exquisitely landscaped public gardens, observation decks and an open air terrace. And yes, open to the public does mean it is free!

For a Limited Time Only

London is a thriving and diverse architectural playground.

While many buildings are normally off-limits to the public, London is proud to open up some of its newest and most interesting edifices each year during Open House London.

Open House has been creating awareness and appreciation of London’s amazing architecture and designs. It has been so successful that it has spread to over 30 cities worldwide and remains absolutely free to the public.

In 2015, Open House London featured five divisions of the Burlington House, including the Royal Astronomical Society and the Royal Academy of the Arts. They also provided public access to the Customs House and the Temple Inns of Court and Temple Church.

London is a magical place for those who love to walk and to witness centuries or millenniums of masterful architecture.

The best part is…walking is free.